I dream of you so quietly. Your likeness is not visible, the wind obscures your silhouette. You create spirals and don't know why. A burning star whirling in an orbit of its own. Each today is yesterday's tomorrow, which is now. And now is all I have, in my dream, so quietly… Four new tracks on RIO, catalogue number 006. Conducted, dreamed, in- and exhaled by Benedikt Frey and Tim Toh, featuring cosmic whisper and aerospace vocoder poetry by Lisa Toh, Tyler Pope, Lukas Diller and Niklas Wandt. Tripping music, dancing with organic Reprazent-break-infinity, saxophone melodies, Neu-Kraut-transcendence, nervous drones, gloomy bass figures, minimal pop and manic computer malfunctioning tones. All wrapped in a warm void of Melancholie, touching the eternal with murky gloves. Pointillist tunes, thoughtfully peculiar, seriously serious. Now is all they need. Now is all they want. Now I dream of you so quietly.

Graphic design and typography by Omnigroup
Mastered by FPSF 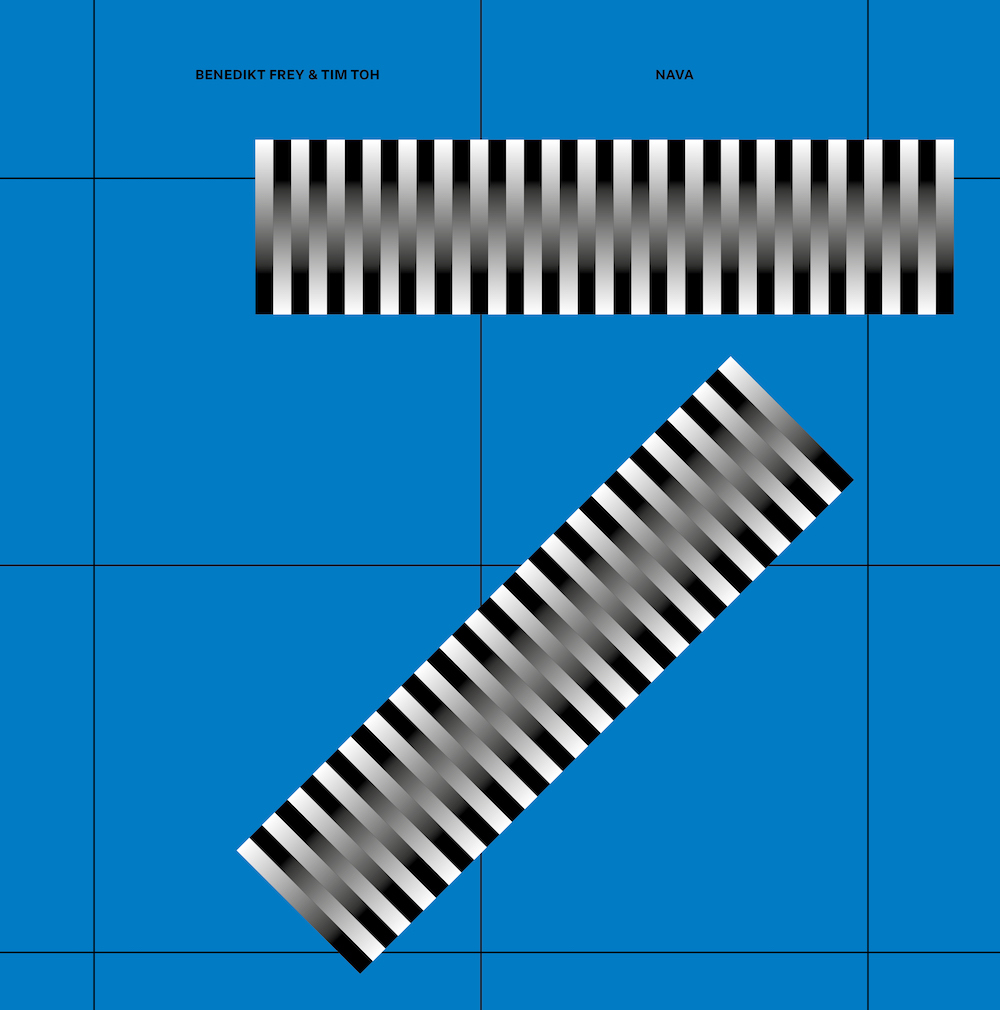 Philipp Otterbach
Everything Else Matters
RIO05
Buy on Bandcamp

Philipp Otterbach’s psychedelic music has never been a sunshine pleasure pill. But yet, the souls of his notes are deeply gentle. With “Everything Else Matters” the Berlin based DJ and producer now introduces his debut album, that follows a long introduction.

Already since a while he devotes himself with endurance to music. He was an early resident at Düsseldorf’s shrine for outernational grooves Salon Des Amateurs. Since 2014 he releases music under his given name or as Grand Optimist on labels like Grokenberger Records, Knekelhuis or Themes For Great Cities and leaves marks as a remixer for artists like DJ Normal 4, Brainwaltzera, Wolf Müller and Niklas Wandt on labels like Growing Bin Records or Second Circle.

His long DJ nights and already released music prefigures the spirits, that he now bunched on his first album. It’s a record, that does not want to pursue a straight categorization. It rather aims to spellbound with an atmosphere, that is made for moments in the absence of hysteria. Tribalistic, trip-hopping rhythms, menacing sounds, cold cool vocal passages, drone chants, morbid goth-ambient spheres, Indie rock indications: its many facets meld into some kind of black highway sound for thoughtful night prowlers in a dissociative state of mind. In context all particles achieve delicate sculptural effects that operate like the surprising architecture of a dream.

A forward-thinking dream, that bundles something otherworldly, something unspeakable, that lives hauntingly between the sounds, rhythms and suggested melodies.

Double Vinyl with Gatefoldcover including Downloadcode + Insert.
Graphic design and typography by Omnigroup
Mastered by FPSF 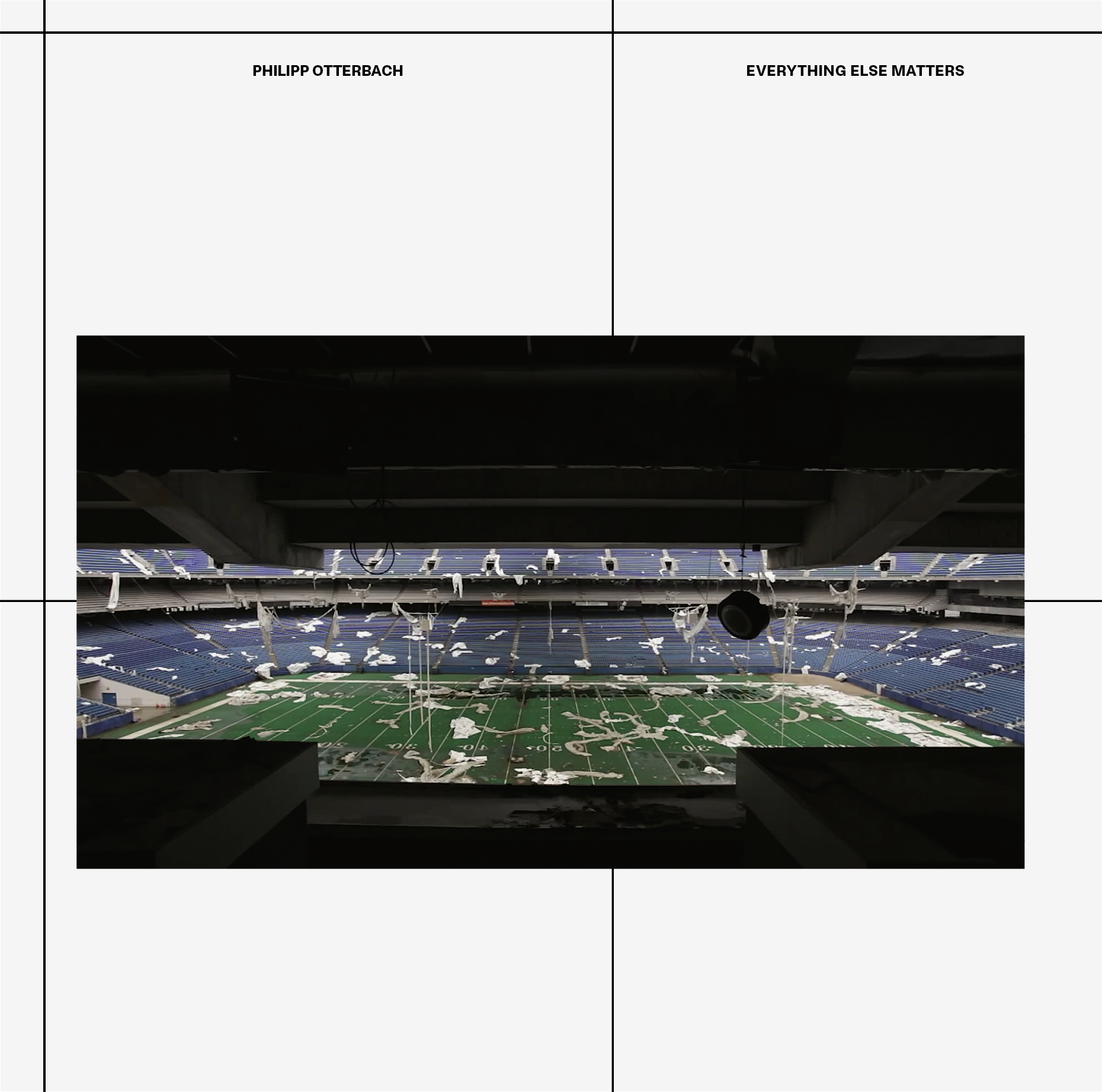 Chris Imler, who alternates between eternal street boy and dubious magician, has succeeded in upgrading to a prophet with his third record. The 12-inch, completed in January and released on May 22nd on vinyl, is exaggeratedly up to date. Though it would never occured to him in his wildest nightmares while doing it, Chris Imler produced the soundtrack for the state of emergency. „Ich mess die Zeit in Katastrophen / Die Skala ist nach oben offen / Das Haus stürzt ein, es brennt die Stadt / Ein Laserstrahl weist mir den Weg zum Country Club“ says the chorus of “Country Club”. The music itself sounds like an emergency from the first second on. Synths like deeply pitched sirens, a beat like ground troops. And also the second song with the again ridiculously contemporary title “Protect Myself” provides appropriate voodoo vibrations.

With the best of intentions, the worldwide public sitting in their rooms cannot expect more than the cathartic distraction gathered in these four songs. 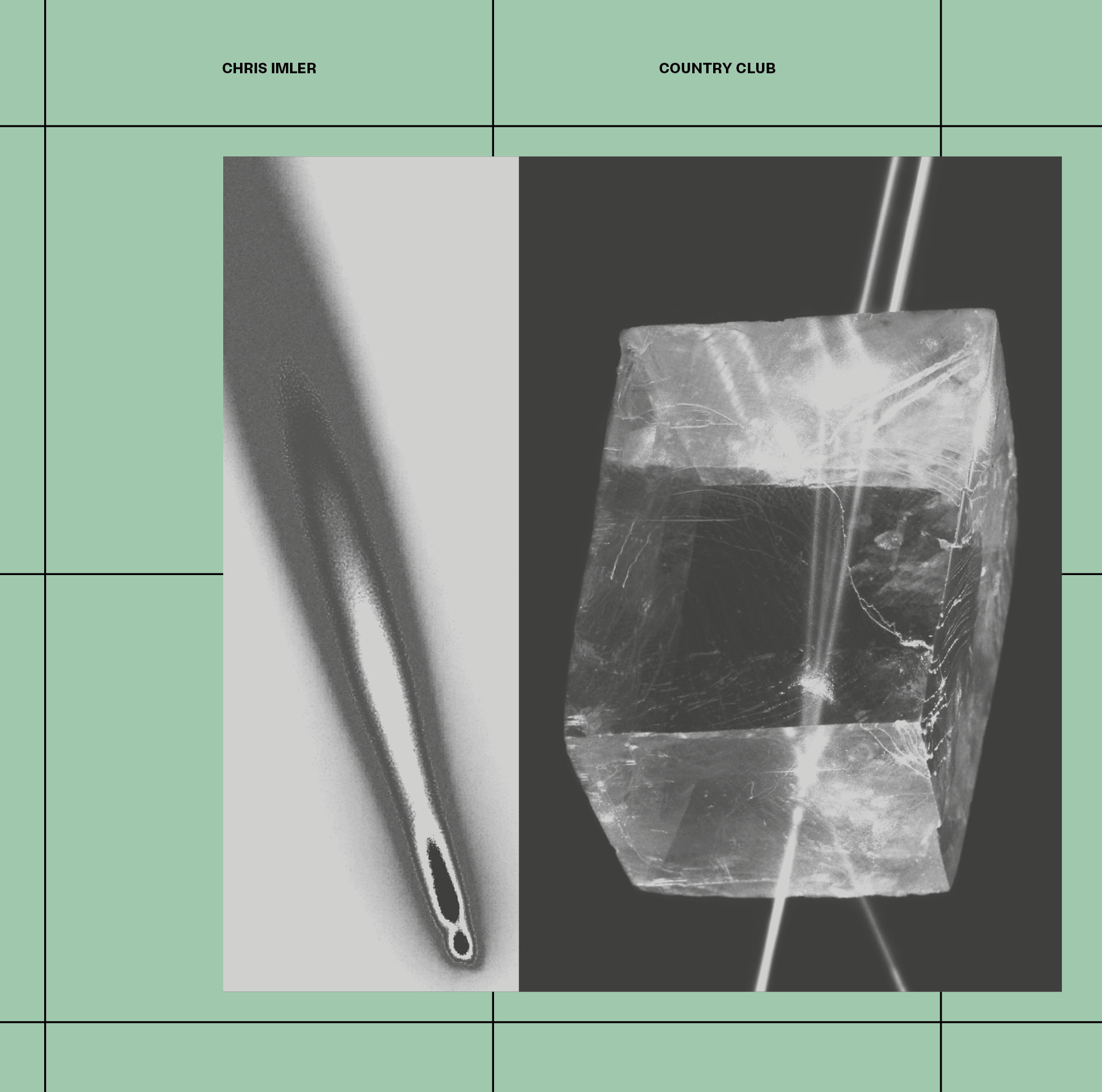 Pink fog rises amidst the hills; dew covers all in silver paint glittering in the background. Layers covering layers of low clouds, fog and haze.
Shimmering city lights. Silhouettes of figures sitting in the hills, hanging in bridges, on top of houses, looking upon, observing city drive from up high as if it was a meditating bonfire. A notion of something going to happen. But all that remains is a glimpse of pink fog hanging static in the air.

Risks Issues Opportunities, the third release from berlin based R.I.O. Label brings together a collection of electronic wave music from six different performers with one common ground: their mysterious & slightly melancholic aesthetics. 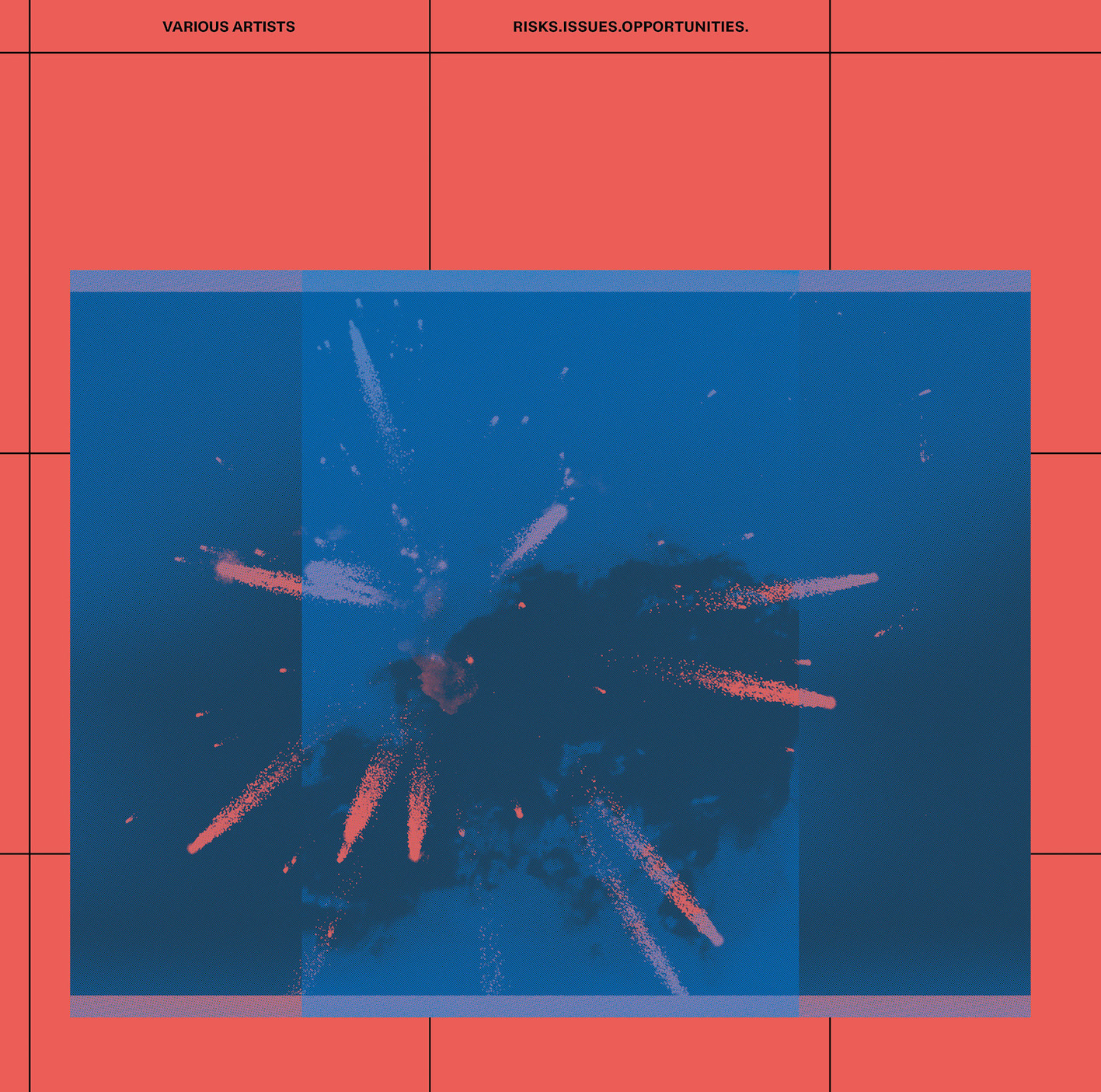 RIO02 is a split 7inch between Nadia D’Alò and INIT.

“Benzin” on the flip side is a much slower, charming impish early morning jam by INIT (D’Alò & Benedikt Frey), based on a simple 808 infrastructure that leaves space for weird guitar riffs, wavy vocals and a bassy undercoat. 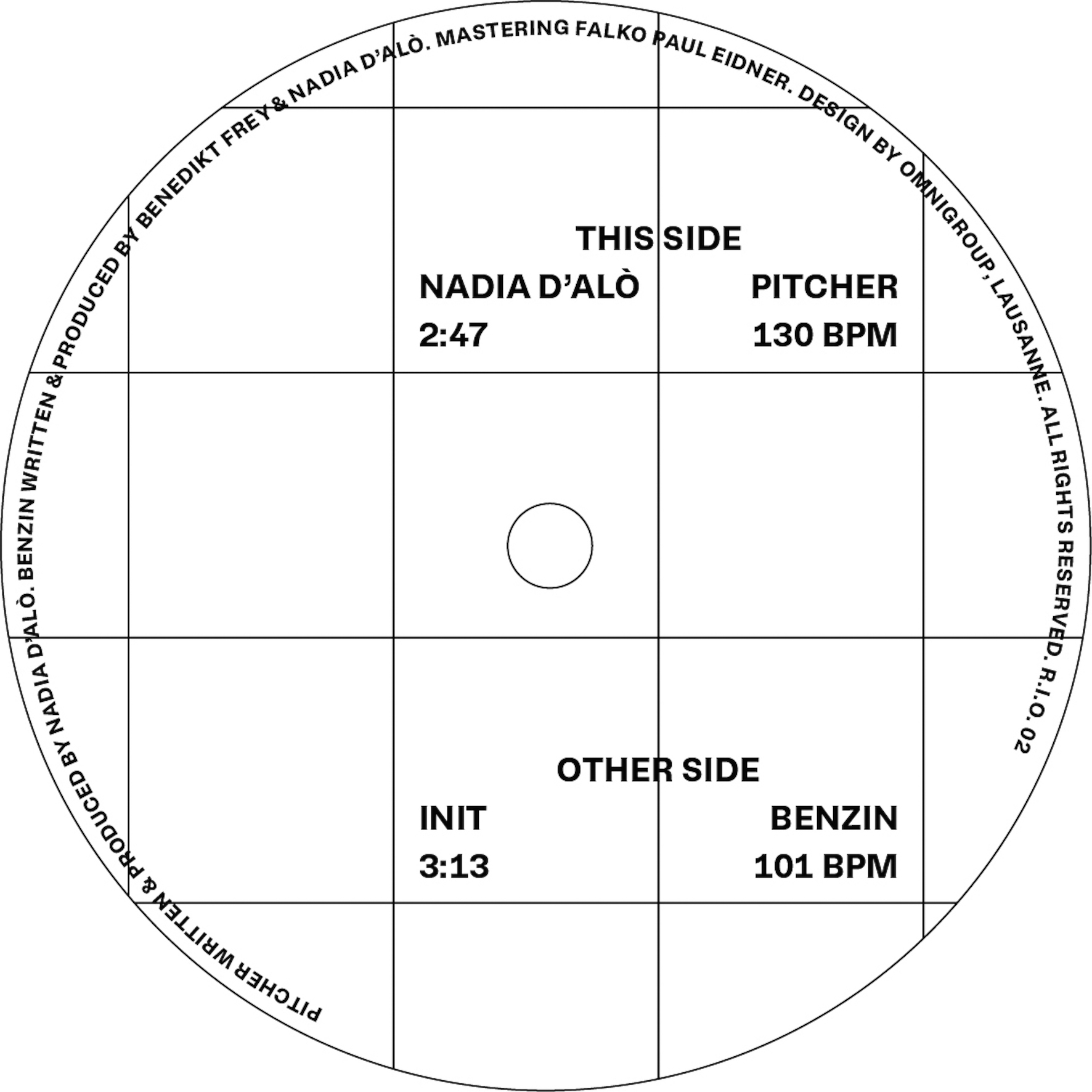 Keys are Benedikt Frey and Chris Cox, the front and rear covers of a lucid narrative of an incomprehensible nature. Substance induced Hara-kiri, a human consciousness leaving its temporary and insignificant vessel, a motorcycle ride through the sands of a desolate Martian desert or a twisted eternity dissolved inside Pandora’s Box. These are just a few of the scenes effortlessly evoked by the epic yet somehow erotic omnibus of slow-motion electronica that is Voltage. In a time dominated by robotic beat and melody, this 8 part expedition away from the dancefloor may surprise, disorientate and hypnotise. Allow Keys to seal you in their infinite vacuum of flirtatious melancholia. 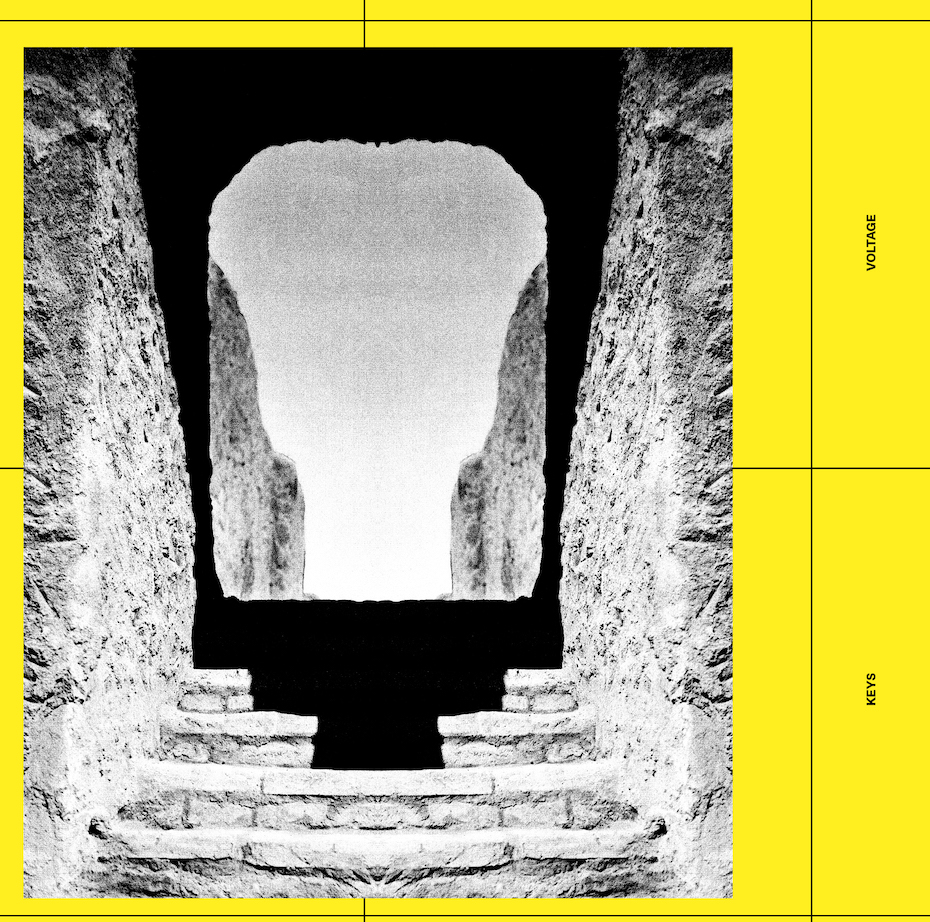